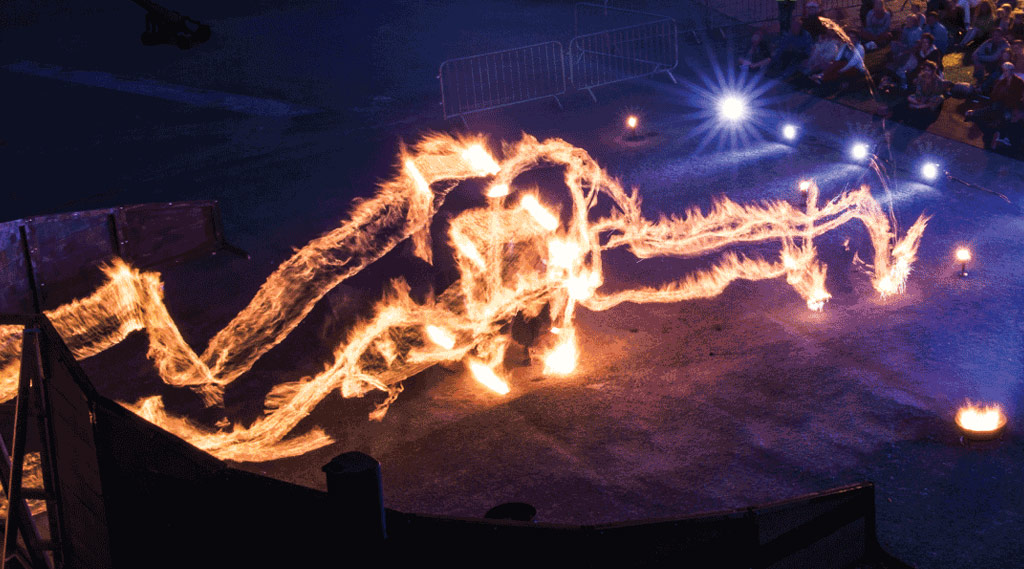 The 20th Cashel Arts Festival will be launched on Friday, September 2nd in Brú Ború. Join us at the foot of the historic Rock of Cashel at 8.45 pm as three of Ireland’s most skilled fire performers present ROGU’s most popular production for all ages, FIRESTORM. A family show that isn’t just for children but has something for everyone. This spectacularly entertaining fire show has been enjoyed by families around the world from Ireland to Taiwan.

With inspiration from classic science fiction cult movie scenes and the desire to break the mould of the “classic” fire show formula, the performers bring the audience on a reality-bending journey that goes from spectacular to poetic to ridiculous and back again.